Brothers of the Free Reed

An early treat for me in 2018 came when Tim Edey invited both Dermot Byrne and myself to join him in a new button accordion trio called Brothers of the Free Reed. The name was coined by Tim’s duo partner Brendan Power and nods nicely the Zen state sometimes achieved and known only to this particular brand of folk musician. ;-)


This is our version of Tim’s tune Baltic Arrival recorded during rehearsals on Jan 29th for our first ever concert alongside Martin Hayes Quartet in the new auditorium at Glasgow Royal Concert Hall as part of Celtic Connections. 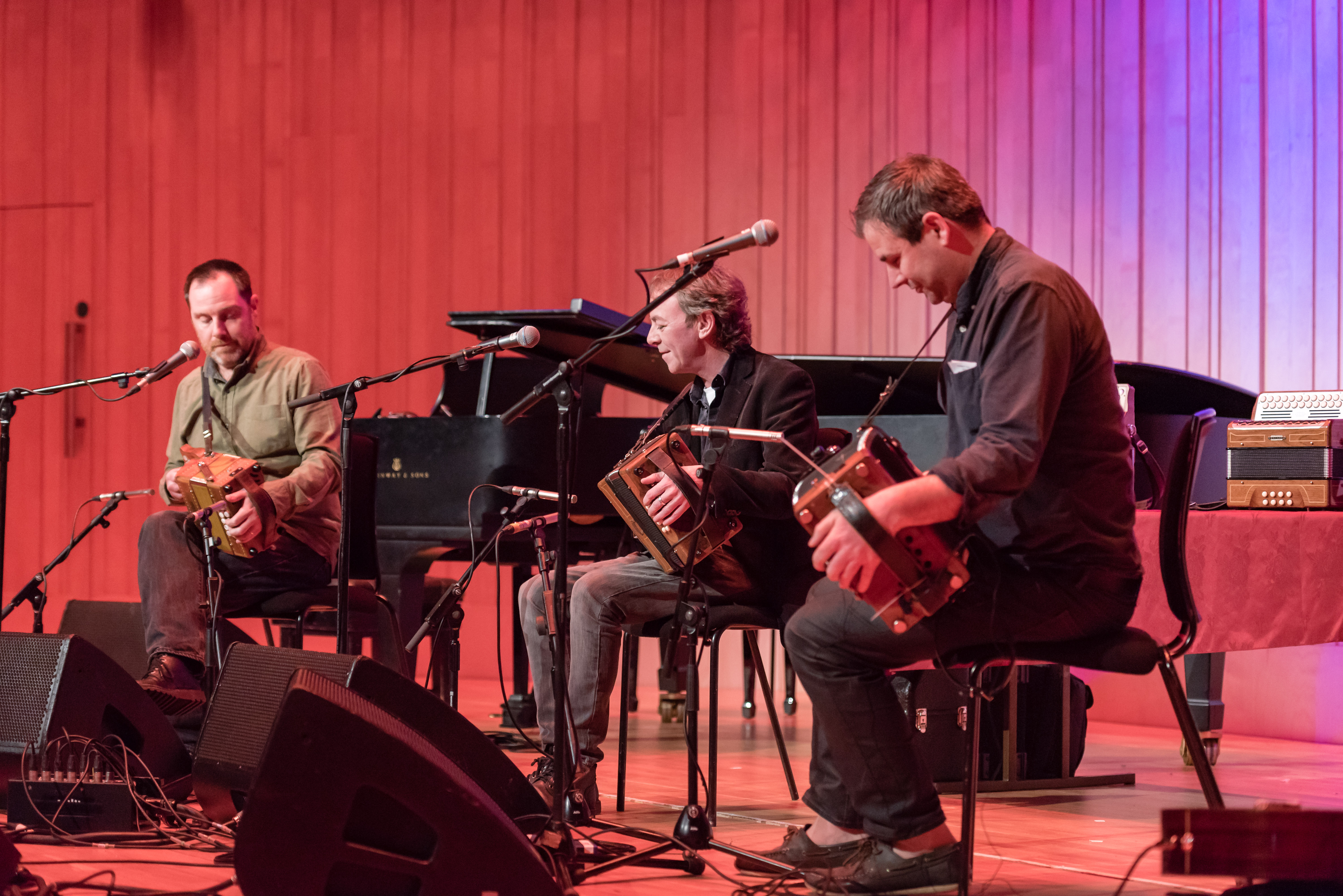 Tweet
Enter your email address to be the first to receive the latest news, tour dates, etc from Luke Daniels.